/>Each click on the purple “Click Here to Give – it’s FREE” button at The Animal Rescue. Site provides food and care for a rescued animal living in a shelter or sanctuary 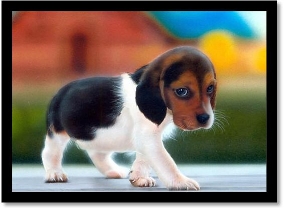 . Sponsors pay for every click, be sure to do it daily! 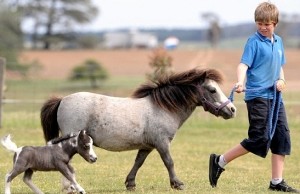 Going for a walk: Sam leads the way, followed by Bliss and her tiny new daughter. Silver dun tovero in color, she was given a clean bill of health – and should reach 24in when grown. The birth has generated such excitement in the community that local people are entering a competition to give the horse a name in time for Christmas.

Born at a stud in the southern state of Victoria , Australia , the 15in miniature horse – which is yet to be named – has already formed a bond with Sam Leith, 12. 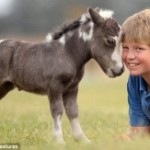 Owner Lee Scown said she wanted a name that reflected the tiny, unique nature of the horse. It’s the smallest horse I’ve ever had and she’s so gorgeous,’ Ms Scown said.

What Pets write in their diaries

Excerpt from a dog’s diary ~ 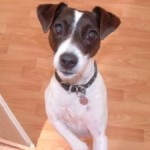 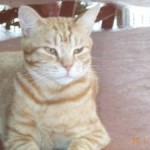 xcerpt from a cat’s diary ~

Day 983 of my captivity…. My captors continue to taunt me with bizarre little dangling objects. They dine lavishly on fresh meat, while the other inmates and I are fed hash or some sort of dry nuggets.

Although I make my contempt for the rations perfectly clear, I nevertheless must eat something in order to keep up my strength.

The only thing that keeps me going is my dream of escape. In an attempt to disgust them, I once again vomit on the carpet.

Today I decapitated a mouse and dropped its headless body at their feet. I had hoped this would strike fear into their hearts, since it clearly demonstrates what I am capable of. However, they merely made condescending comments about what a ‘good little hunter’ I am. There was some sort of assembly of their accomplices tonight. I was placed in solitary confinement for the duration of the event. However, I could hear the noises and smell the food. I overheard that my confinement was due to the power of ‘allergies.’ I must learn what this means and how to use it to my advantage.

Today I was almost successful in an attempt to assassinate one of my tormentors by weaving around his feet as he was walking. I must try this again tomorrow — but at the top of the stairs.

I am convinced that the other prisoners here are flunkies and snitches. The dog receives special privileges. He is regularly released – and seems to be more than willing to return. He is obviously brain damaged! 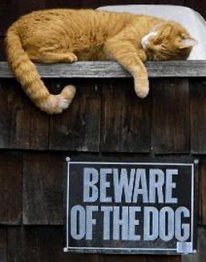 The bird has got to be an informant. I observe him communicating with the guards regularly. I am certain that he reports my every move. My captors have arranged protective custody for him in an elevated cell, so he is safe. For now … In 2003, police in Warwickshire, England, opened a garden shed and found a whimpering, cowering dog.. It had been locked in the shed and abandoned. It was dirty and malnourished, and had clearly been abused. In an act of kindness, the police took the dog, which was a Greyhound female, to the nearby Nuneaton Warwickshire Wildlife Sanctuary, run by a man named Geoff Grewcock and known as a willing haven for Animals abandoned, orphaned or otherwise in need. Geoff and the other sanctuary staff went to work with two aims to restore the dog to full health, and to win her trust. It took several weeks, but eventually both goals were achieved. They named her Jasmine, and they started to think about finding her an adoptive home. But Jasmine had other ideas. No-one remembers now how it began, but she started welcoming all Animal arrivals at the sanctuary. It wouldn’t matter if it was a puppy, a fox cub, a rabbit or, any other lost or hurting Animal, Jasmine would peer into the box or cage and, where possible, deliver a welcoming lick.

Geoff relates one of the early incidents. “We had two puppies that had been abandoned by a nearby railway line. One was a Lakeland Terrier cross and another was a Jack Russell Doberman cross. They were tiny when they arrived at the centre and Jasmine approached them and grabbed one by the scruff of the neck in her mouth and put him on the settee. Then she fetched the other one and sat down with them, cuddling them.”

“But she is like that with all of our animals, even the rabbits. She takes all the stress out of them and it helps them to not only feel close to her but to settle into their new surroundings.

“She has done the same with the fox and badger cubs, she licks the rabbits and guinea pigs and even lets the birds perch on the bridge of her nose.”

Jasmine, the timid, abused, deserted waif, became the animal sanctuary’s resident surrogate mother, a role for which she might have been born. The list of orphaned and abandoned youngsters she has cared for comprises five fox cubs, four badger cubs, 15 chicks, eight guinea pigs, two stray puppies and 15 rabbits. And one roe deer fawn. Tiny Bramble, 11 weeks old, was found semi-conscious in a field. Upon arrival at the sanctuary, Jasmine cuddled up to her to keep her warm, and then went into the full foster mum role. Jasmine the greyhound showers Bramble the Roe deer with affection and makes sure nothing is matted. Jasmine will continue to care for Bramble until she is old enough to be returned to woodland life. When that happens, Jasmine will not be lonely. She will be too busy showering love and affection on the next Orphan or victim of abuse. 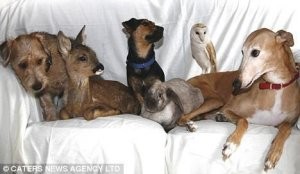 From left, Toby, a stray Lakeland dog; Bramble, orphaned Roe deer; Buster, a stray Jack Russell; a dumped rabbit; Sky, an injured barn owl; and Jasmine with a Mothers heart doing best what a caring Mother would do… Such is the order of God’s Creation.